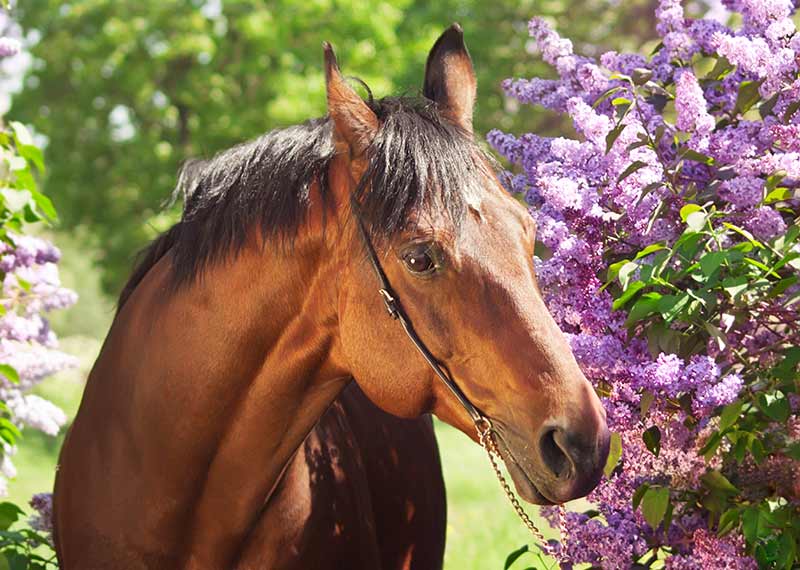 Sometimes when we let our horses out to pasture, it can be hard to eliminate all potentially fatal plants that can harm our horses once digested. Here at Petplan, we have created a list of some of the most harmful plants in New Zealand for your horse to digest.

Bracken Fern
It is a perennial fern with triangular leaves that can reach two or three feet high. It is commonly found in open forest in most temperate areas of New Zealand. The Bracken Fern is harmful as it contains thiaminase which inhibits the absorption of vitamin B1 – this is necessary for nerve function and deficiencies can lead to neurological impairment. Small amounts of this plant are relatively nontoxic, although horses tend to gain a taste for it and will seek it out which can eventually lead to the over indulgence of the plant leading to problems. If your horse is found to have consumed a large amount, you can stop the effects of the plant with large doses of vitamin B1 over the course of a couple of weeks.

Hemlock
It is a multi-stemmed weed with toothed, fern-like leaves and clusters of small white flowers. It is most common in the coastal and sub-coastal parts of New Zealand. The leaves, stems, and seeds of the Hemlock contain several neurotoxins that affect both the central and peripheral nervous system. A lethal dose is around 2-3kgs, however, it is mostly avoided by animals. There is no current treatment, although if smaller doses are consumed, the horse can be nursed back to health.

Johnson grass
Johnson grass is a coarse-stemmed grass with broad, veined leaves that can grow almost 2 metres high. It is relatively common throughout the coastal and sub-coastal areas of New Zealand. The plant contains a cyanide compound which can inhibit a horse’s ability to absorb oxygen – eventually suffocating the animal. Grazing on the adult plant is unlikely to harm the horse, it is most harmful when it is a young plant or it is damaged due to trampling, wilting or frost (allowing the cyanide to be chemically liberated). For less severe cyanide poisoning, supportive drug therapy can be effective.

Oleander
It is a common household plant in New Zealand that has elongated, thick leathery leaves that can grow to 10 inches long. The flowers grow in large clusters on the end of the branches are either pink or red. All parts of the Oleander are toxic which can disrupt the beating of the heart and about 30 to 40 leaves can be deadly for a horse. Horses are able to survive if treated early via anti-arrhythmic drugs to stabilise the heart and activated charcoal to inhibit further toxin absorption.

« The Responsibilities of Owning a Pet
Springtime Dangers »